Call Them Whatever You Want.

My novels have been called romance, chicklit, and women’s fiction.  I don’t like to put a label on them because I don’t think they neatly fit into any category. They’re stories about women and the power of female friendships. They’re stories about how romantic relationships can enrich and complicate life.  Mostly they show that we have the power within us to overcome the obstacles that have been placed in front of us.

I KNOW WHICH ONE IS MY FAVORITE. TELL ME YOURS. 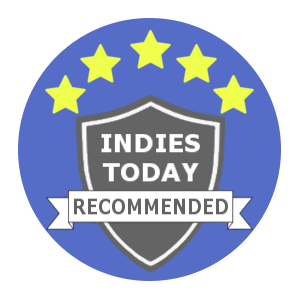 Peggy Moriarty’s life has been focused on being a single mom to her twins, Grace and Greg. But now that they’re teenagers doing their own things, she’s at a loss. Her only hobby is watching Messages from Beyond, a show about a medium who connects the grieving with their deceased loved ones.

When the twins leave for college, they give Peggy a gift certificate for an exercise class. At first, Peggy is insulted. But once the sting wears off, she realizes if she gets in shape, she might gain the confidence she needs to go on her favorite TV show and talk to her late husband one last time.

With help from her new friends at the gym and Carmen Tavarez, the mother of Grace’s boyfriend, Peggy begins to emerge from her shell and spread her wings. She may soon discover that her sum is more than a mother, a widow, and her body.
AMAZON
BARNES & NOBLE
KOBO
APPLE BOOKS

When Gina Rossi was in junior high, her best friend’s psychic grandmother got everything right—from predicting that Gina would break her arm and travel to Italy, all the way to leading police to a missing neighborhood child. The one time Gina didn’t listen to her, she almost got herself killed. So when she says that Gina will marry a man named Ethan—but she will have to wait for him—Gina believes her, and waits…
​
Now thirty-six, Gina’s Mr. Right is nowhere in sight—until the day she’s stranded in a snowstorm, and rescued by the last type of Ethan she expected. It’s very romantic, yet surprisingly not. This Ethan is sexy, and clearly her hero. Still, instead of her “Aha” moment, Gina’s confused. And when Ethan is happy to discover she’s single, does Gina dare tell him, It’s because I've been waiting for you? But the bigger question is, does she dare question destiny—by taking it into her own hands? And is she brave enough to handle what happens once it’s time to stop waiting—and start living?
KENSINGTON
BARNES & NOBLE
AMAZON

Getting dumped is never easy, but there’s a special bonus sting if your ex-fiancé is a producer for a popular morning radio show. Jillian Atwood’s breakup with Nico has become the hosts’ number-one topic. They’re even running a competition to find him a new girlfriend. The entire population of Boston, it seems, is tuning in with an opinion about who Nico should date next—and what Jillian should do to get over him.

Jillian’s co-worker, Ben, has his own ideas on that score. He hates seeing Jill depressed over a guy as unworthy as her ex. While he’s providing a friendly ear, he's also realizing how much more he’d like to offer. And if Jill could just get over the man who broke her heart, she might find the one who’s perfectly equipped to heal it...
KENSINGTON
AMAZON

I’d love to hear from you. Send me thoughts on my books or questions about writing/publishing.
​Make sure to register for my latest giveaway as well. Check out More Than and let me know what you think.